Comms Connect is always a key event for critical communications in the Australasia region. This year due to COVID-19, the show went virtual. Leading professionals from all over Australia and the rest of the World debated where the critical communications industry is heading. Peter Scarlata CEO Simoco Australasia presented on a major talking point in the industry: “Next-generation land mobile radio systems — how does the industry keep radio relevant”, the presentation was very well received by industry peers.

The annual ARCIA industry gala dinner awards were off the cards this year but that didn’t hinder industry privileged awards from being handed out recognising excellence, talent and community work.

Engineering Excellence Award
Wei Gong won the engineering excellence award for his contribution in developing a new product designed to extend coverage in weak signal areas, DMR Coverage Extender (DCE). The DCE is a new mobile radio application that extends the coverage of a DMR Tier II or DMR Tier III network into weak signal areas for pre-authorised portable radios. It leverages a mobile radio’s significantly higher transmit power and more efficient antenna to establish network coverage in areas where a portable radio is unable to reliably connect to the infrastructure. It has been designed primarily for nomadic applications where the DCE mobile is installed in a service vehicle, and a user equipped with a pre-configured portable radio operates within the DMO coverage area of that particular vehicle. This alleviates the need for increasing infrastructure coverage for portable devices where there is not a regular need.

Wei has worked with Simoco for over 11 years and has brought engineering excellence in delivering World class leading digital mobile radio products. His ability to work with others in the team, listen to new ideas as well as contributing to new ones has enabled Wei to win this highly recognised award in the industry.

Community Service Award
Tony McTackett won the Community Service award for his outstanding contribution and time he has given to the community. After serving seven years in the Royal Australian Airforce, since 1997 Tony has contributed many years of service to the Australian radio industry. He has also worked for Simoco for almost sixteen years in various roles including his current position as Technical Project Manager for the Australian and UK R&D teams.

With a strong commitment to local community projects, Tony has been actively involved with the Scouting movement since 2000 and is currently the leader of the local Joey Scout group which caters for children aged 5 to 7 years. The group is currently working to raise money for the Dandenong Ranges Emergency Service by organising the children to participate in a walkathon with sponsorship from the community. Tony has regularly provided his time after hours programming and supporting 2-way radios for various Scout functions.

Tony also participates in the annual Movember charity event, has regularly been involved with the Relay for Life to raise funds for cancer research, and supports the Walk to D’Feet MDN (Motor Neurone Disease) and the Step UP! Charity for Down Syndrome.

New Talent Award
The new talent award is all about what new ideas or practices has been brought to the organisation which makes the industry better.

Kevin Vo, Simoco’s project engineer won this accolade for his tenacity, always bringing new ideas to the table and hard work attitude. When Kevin joined Simoco, he brought skills with him that are not part of a traditional radio background. With a good understanding of radio systems as well as IT systems, Kevin has been able to provide the missing puzzle piece that joins these two worlds and solve several customer problems that would have taken much longer without his ideas. Examples of this include the development of a powerful network monitoring system, including the integration of near-real-time system performance metrics. This is now a standard part of Simoco’s offering for network systems and relied upon by support engineers to have a current and historical view of the system and individual components. Kevin’s abilities have sparked interest from other engineers who are now learning scripting and database querying skills.

Comms Connect 2021
Whilst this year has been a strange one for many of us and the prospects of normality soon, we look forward being back in person at next year’s Comms Connect show, stay safe and see you soon! 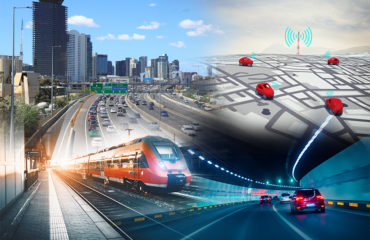 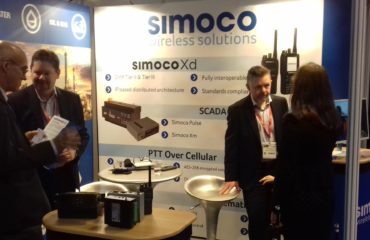 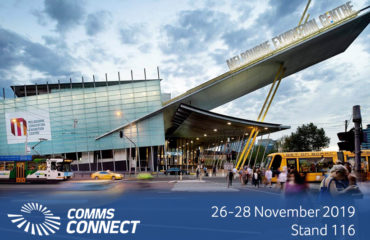